Everything You Need To Know About China’s Booming Art Auctions

Published by The Auctioneer On 9th Jun 2022 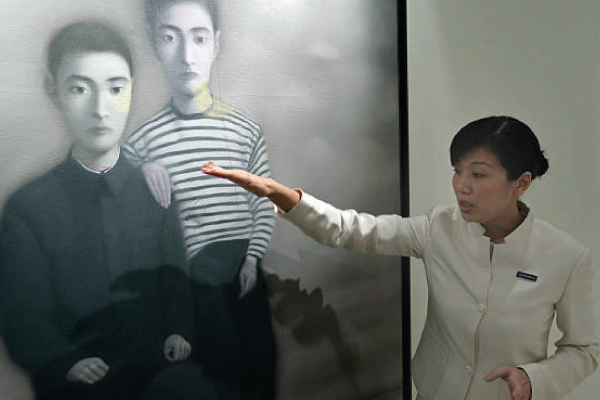 China is popularly known for creating beautiful works of art. Over the years, the Chinese art market has grown with several people taking an interest in buying sought-after Chinese art and relics such as porcelain items, furniture, calligraphy, Chinese teas and rare Chinese wines and whiskeys that are on auction at premium prices. If you’re a global art collector with a particular interest in oriental art auctions, here are a few things you should know.

The China Guardian which is headquartered in Beijing and has offices all over the world is usually the go-to place for oriental art enthusiasts who are looking for a rare Chinese art find. Previously The China Guardian used to run onsite auctions, but now they run online auctions that allow anyone from anywhere in the world to participate in their auctions. They offer downloadable pdf catalogs as well as QR code scannable catalogs to anyone interested in participating in any of their auctions. One of the most expensive items that have been bought from the China Guardian auction house was Wu Guanzhong’s Clove Flower art piece sold for $2 million, approximately R32 000 000.

According to an article published by The Diplomat, the state-owned, Poly Auction House which was established in 2012, dominates the Chinese porcelain ceramics art market. Their Ode to Antiquity: Chinese Ceramics and Works of Art auction that was held 25 April, saw a Yanqinglou Famille-Rose ‘Children At Play’ Box And Cover, Republican Period, 1912-1949 sold on auction for $10 769, more than 3 times it’s estimated value.

It is rather interesting to note that most of the buyers of these rare art pieces are Chinese nationals who want to preserve these art pieces in China based museums and not foreigners, so if you were looking to buy Chinese art from China based auction houses, be prepared to jump through a few hoops.

for auction listings direct to your inbox

WHAT IS THE AUCTIONEER?

The Auctioneer is a comprehensive listing site for ALL auctions in South Africa. You'll find cars, truck, property, warehouse and appliance auctions - even livestock sometimes. If it's on auction, you'll find it here.

If you’re struggling to find an auction in your area – make sure you’ve reset to South Africa (or selected your specific area) in the location menu above.

Thanks for subscribing!
Powered by MailOptin